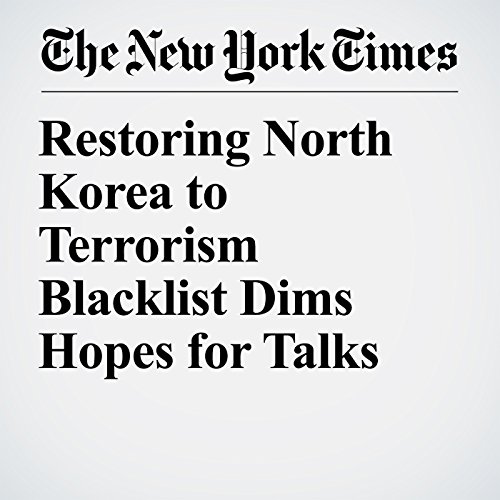 President Donald Trump’s re-designation of North Korea as a state sponsor of terrorism may have dashed cautious hopes in the region that talks and diplomacy would replace escalating tensions and bellicose threats, analysts said Tuesday.

"Restoring North Korea to Terrorism Blacklist Dims Hopes for Talks" is from the November 21, 2017 World section of The New York Times. It was written by Choe Sang Hun and narrated by Kristi Burns.