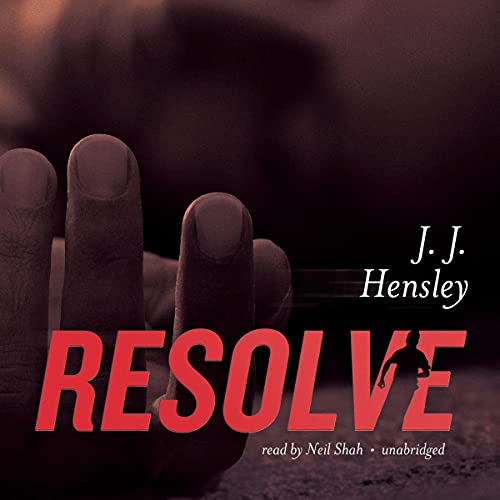 In the Pittsburgh Marathon, 18,000 people from all over the world will participate. Some 9,500 will run a half marathon, 4,000 will run in relays, while 4,500 participants will attempt the full 26.2 miles. Over 200 will quit before it’s over. More than 100 will be injured and require medical treatment. And one man is going to be murdered.

When Dr. Cyprus Keller lines up to start the race, he knows who is going to die - for the simple reason that he’s going to kill him.

Keller, a university professor of criminology at Three Rivers University and a former police officer, is an expert in criminal behavior and victimology. However, when one of his female students is murdered and his graduate assistant attempts to kill him, Keller finds himself swinging frantically back and forth between being a suspect and a victim. When the police assign a motive to the crimes that Keller knows cannot be true, he begins to ask questions that somebody out there does not want answered.

In the course of 26.2 miles, Keller recounts how he found himself encircled by a series of killings that have shocked the city, while he pursues - literally - his prey: the man who is behind it all.

©2013 J. J. Hensley (P)2013 Blackstone Audio, Inc.
Poliziesco Narrativa letteraria
Mostra di più Mostra meno
“J. J. Hensley has tied together the world of distance running and crime investigation to create a book that fantastically explores the core concept of both: killer competition.” (Ryan Foster, Australian middle-distance runner and national record holder)
“Much like a marathon course, Resolve is full of twists and turns, and one never knows what will happen just around the corner. However, one need not be a runner to enjoy the thrilling story of crime and drama. Resolve gives the reader the chilling sensation that the story could happen to anyone, making it all the more real.” (Luke Watson, South African rugby footballer)
“ Resolve provides a remarkably realistic and honest view into the mind of a long-distance runner. Hensley weaves his experiences as both a runner and a law enforcement officer into a good old-fashioned murder mystery. The result is a well-paced and absorbing book.” (Denny Mayo, StrideNation.com)

Would you listen to Resolve again? Why?

I will definitely read Resolve again. Honestly, I need to read it again. There are quite a few twists and turns to this excellent novel, I'm sure I missed something.

Cyprus Keller makes an excellent protagonist. He is likable and funny but still has very sharp edges and enough snark to satisfy more jaded readers (me included).

Have you listened to any of Neil Shah’s other performances before? How does this one compare?

This was my first experience with Neil Shah. For the first chapter or two, I wasn't very impressed. His narration seemed a bit stiff for my taste and very bland. However, as the reading progressed, he seemed to grow more comfortable with the characters and setting. By chapter 5 or so, I was enjoying Mr. Shah's work very much; I look forward to hearing more of his performances.

I would love to find time to listen to Resolve in one sitting. That said, I don't expect that opportunity to present itself. Hmmm, maybe a road trip this summer....

In Resolve, J.J. Hensley has give us a mystery thriller without most of the tropes and easily easily achieved conclusions seen so often in this genre. I enjoyed it from beginning to end and will be listening again after I've finished his next novel Measure Twice. Do yourself a favor and take a listen!

A clever plot-line that intertwines the realistic ups and downs of a marathon with the ups and downs of Keller's life. Authentic and well-written characters. Filled with both suspense and humor.Neil Shah does an excellent performance making the characters come to life. You feel as though you are right there running with Keller, and I am not a runner. Excellent first novel for Hensley. Would make a good movie.