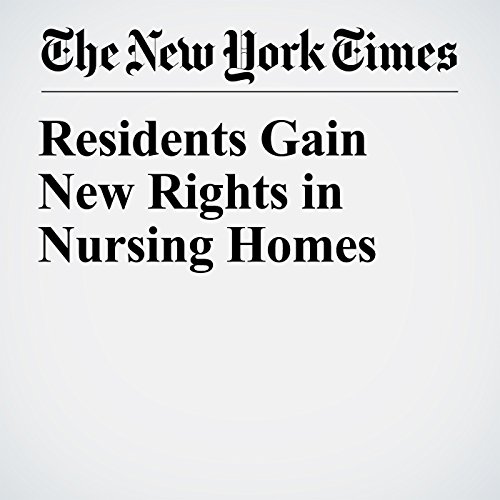 Long-term-care ombudsmen report frequent complaints of “dumping”: A nursing home sends a resident, often someone whose dementia causes problematic behavior, to a hospital. Then, after she is discharged, the home won’t readmit her. “Once they’re out the door, it’s a lot easier to just evict someone,” said Grant.

"Residents Gain New Rights in Nursing Homes" is from the January 30, 2017 U.S. section of The New York Times. It was written by Paula Span and narrated by Keith Sellon-Wright.