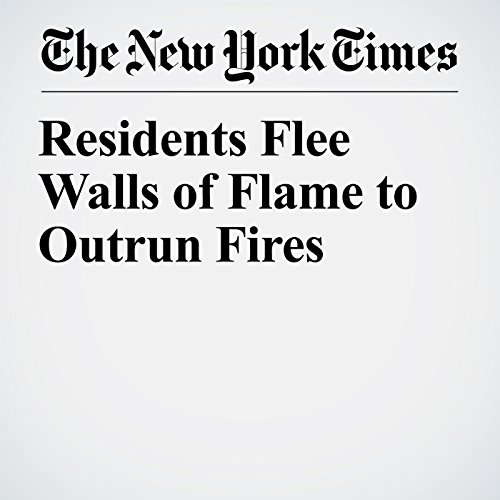 With roads still blocked by the police and fires still raging across broad swaths of Northern California, Matt Lenzi hiked through smoke-choked vineyards and waded the Napa River to reach the home his father lived in for 53 years. In its place, he found only blackened debris, blackened earth, and ash.

"Residents Flee Walls of Flame to Outrun Fires" is from the October 11, 2017 U.S. section of The New York Times. It was written by Thomas Fuller, Richard Pérez Peña and Jonah Engel Bromwich and narrated by Keith Sellon-Wright.