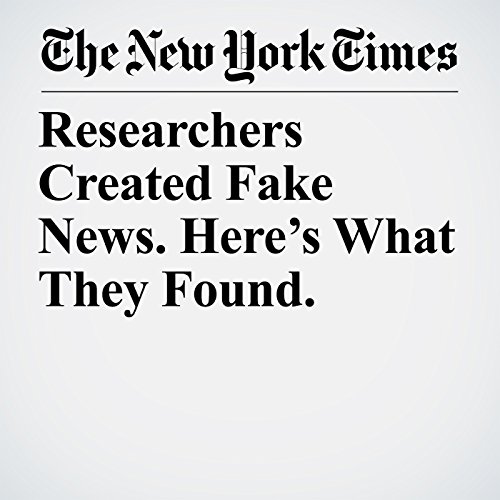 Before the term “fake news” became an all-purpose insult for news coverage a person doesn’t like, it had a more specific meaning: stories invented from whole cloth, designed to attract social shares and web traffic by flattering the prejudices of their intended audience. Think of untrue claims like the Trump endorsement by Pope Francis or the investigation of the Clinton Foundation for running a pedophile sex ring.

"Researchers Created Fake News. Here’s What They Found." is from the January 18, 2017 U.S. section of The New York Times. It was written by Neil Irwin and narrated by Fleet Cooper.