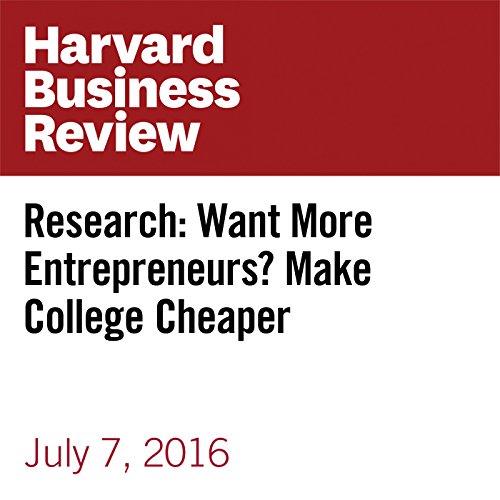 When college tuition rises, fewer people take the plunge into entrepreneurship, according to a new working paper by Harvard Business School economist Gareth Olds. The paper isn’t studying Millennials and how student debt affects their career choices. Instead, it’s focused on their parents. Olds found that in the US, a 10% increase in the average price of in-state college tuition corresponds with a 13.9% decrease in the number of parents with college-age children who become self-employed. The effect is strongest for parents with multiple children and holds up even after controlling for factors such as state economic conditions.