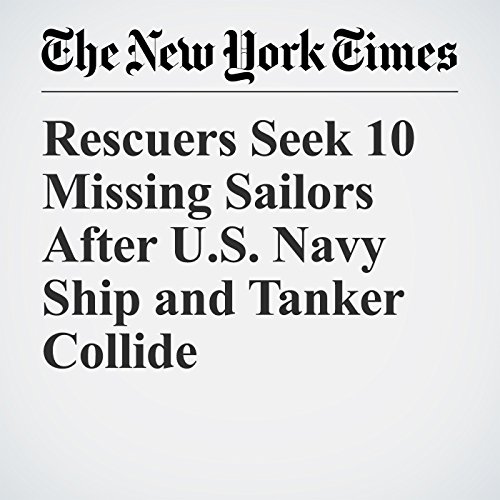 Search teams scrambled Monday to determine the fate of 10 missing Navy sailors after a U.S. destroyer collided with an oil tanker off the coast of Singapore, the second accident involving a Navy ship and a cargo vessel in recent months.

"Rescuers Seek 10 Missing Sailors After U.S. Navy Ship and Tanker Collide" is from the August 20, 2017 World section of The New York Times. It was written by Hannah Beech and Motoko Rich and narrated by Keith Sellon-Wright.