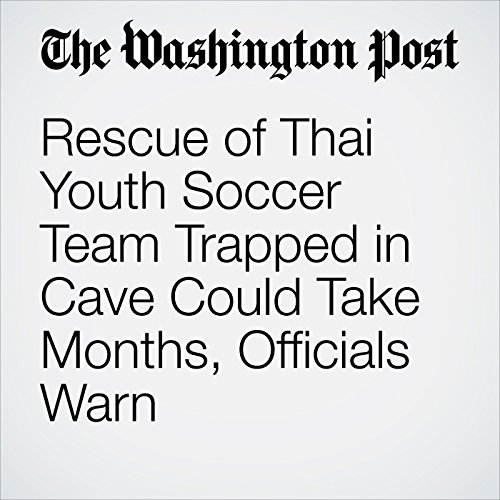 The rescue of 12 members of a boys’ soccer team and their coach trapped in a northern Thailand cave could take months, the navy said Tuesday, as officials weigh the best extraction options after a dramatic nine-day search.

"Rescue of Thai Youth Soccer Team Trapped in Cave Could Take Months, Officials Warn" is from the July 03, 2018 World section of The Washington Post. It was written by Shibani Mahtani and narrated by Sam Scholl.