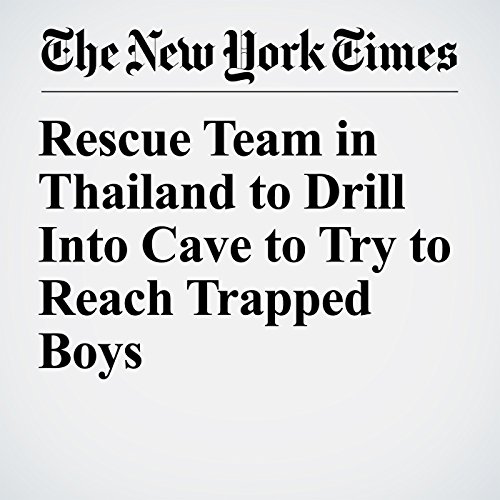 THAM LUANG CAVE, Thailand — Thai authorities said Thursday that they believed members of a youth soccer team trapped in a flooded cave complex could have reached a large, dry cavern and officials were considering drilling through the mountaintop to reach them.

"Rescue Team in Thailand to Drill Into Cave to Try to Reach Trapped Boys" is from the June 28, 2018 World section of The New York Times. It was written by Richard C. Paddock and Ryn Jirenuwat and narrated by Kristi Burns.