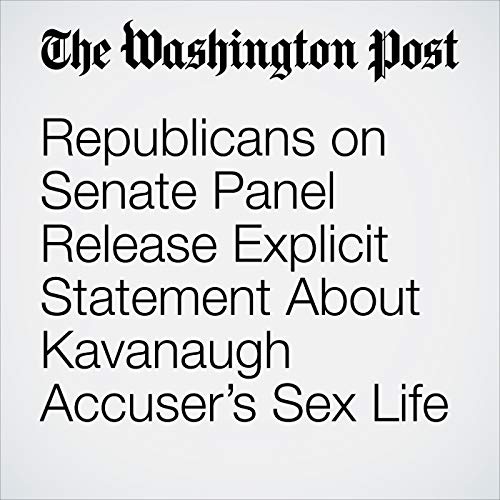 In an unprecedented move, Republicans on the Senate Judiciary Committee on Tuesday released an explicit statement that purports to describe the sexual preferences of a woman who has accused Supreme Court nominee Brett M. Kavanaugh of misconduct.

"Republicans on Senate Panel Release Explicit Statement About Kavanaugh Accuser’s Sex Life" is from the October 02, 2018 Politics section of The Washington Post. It was written by Elise Viebeck and narrated by Sam Scholl.