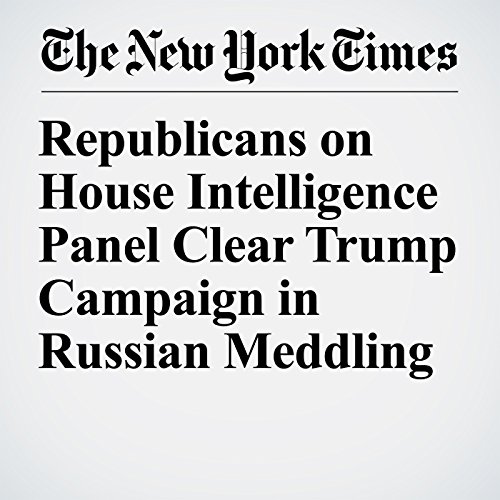 Republicans on the House Intelligence Committee found no evidence during a monthslong investigation that the Trump campaign aided Russia’s election meddling, the lawmakers concluded in a 250-page report released Friday that assails President Donald Trump’s political rivals and criticizes the FBI and the intelligence community for their responses to Moscow’s interference.

"Republicans on House Intelligence Panel Clear Trump Campaign in Russian Meddling" is from the April 27, 2018 U.S. section of The New York Times. It was written by Nicholas Fandos and Mark Mazzetti and narrated by Mike DelGaudio.