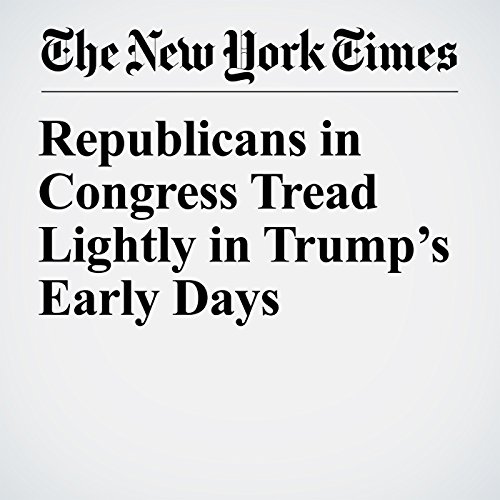 For months, the strategies have been tested and recalibrated — the senatorial speed-walk, the bemused deflection, the jittery laughter — honed through a presidential campaign season of refutable claims, racially charged rhetoric and tape-recorded boasts of sexual assault.

"Republicans in Congress Tread Lightly in Trump’s Early Days" is from the January 26, 2017 U.S. section of The New York Times. It was written by Matt Flegenheimer and narrated by Fleet Cooper.