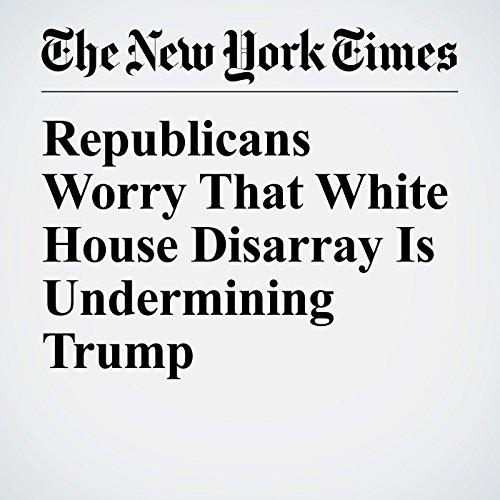 President Donald Trump and Republicans in Washington have shaken the confidence of their supporters after a punishing and self-inflicted series of setbacks that have angered activists, left allies slack-jawed and reopened old fissures on the right.

"Republicans Worry That White House Disarray Is Undermining Trump" is from the July 30, 2017 U.S. section of The New York Times. It was written by Alexander Burns and Michael D. Shear and narrated by Keith Sellon-Wright.