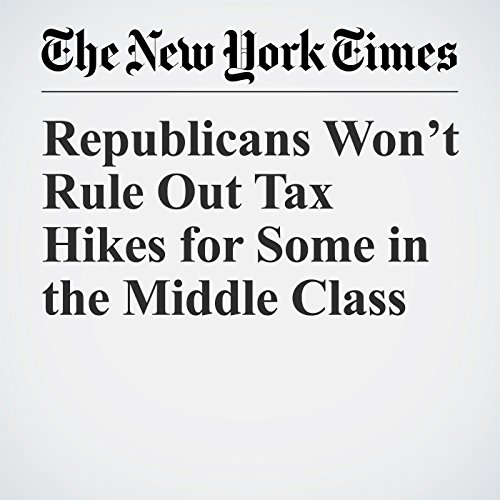 President Donald Trump and Republican leaders have positioned their sweeping tax rewrite as a way to cut taxes on the middle class. But some top officials are now saying the plan may not benefit everyone in that income group.

"Republicans Won’t Rule Out Tax Hikes for Some in the Middle Class" is from the October 02, 2017 U.S. section of The New York Times. It was written by Jim Tankersley and narrated by Kristi Burns.