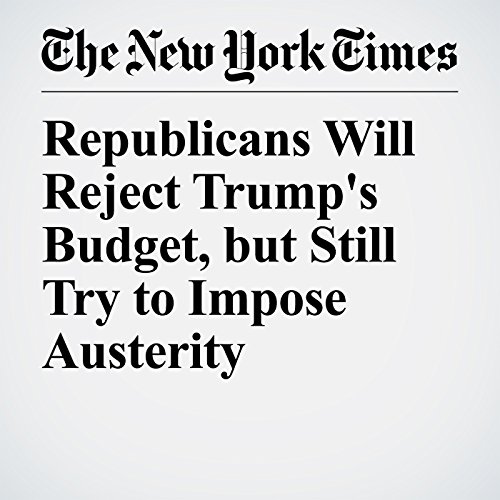 Moving forward with the cuts outlined in the $4.1 trillion spending plan created by the budget director, Mick Mulvaney, formerly one of the most determined fiscal hawks in Congress, would no doubt have major repercussions and compound the peril of Republicans already facing upheaval over their health care proposals. It would most likely hurt some of the very voters in rural and economically distressed corners of the nation who catapulted Trump to the White House and Republicans to control of the House and Senate. The effect on those constituents would be quickly felt.

"Republicans Will Reject Trump's Budget, but Still Try to Impose Austerity" is from the May 24, 2017 U.S. section of The New York Times. It was written by Carl Hulse and narrated by Kristi Burns.