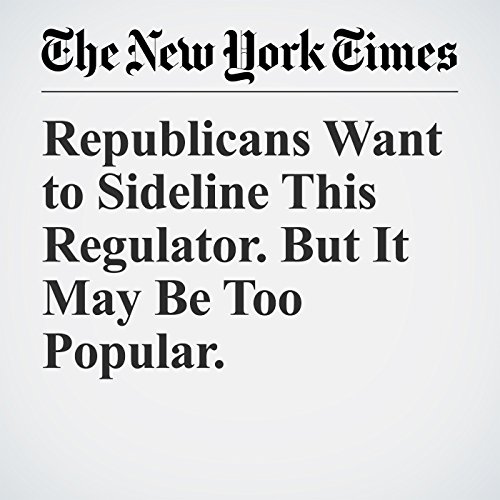 With the election of President Donald Trump, the nation’s consumer watchdog agency faced a quandary: how to shield the Obama-era institution from a Republican administration determined to loosen the federal government’s grip on business.

"Republicans Want to Sideline This Regulator. But It May Be Too Popular." is from the August 31, 2017 Business section of The New York Times. It was written by Steve Eder, Jessica Silver Greenberg and Stacy Cowley and narrated by Mike DelGaudio.

Cosa pensano gli ascoltatori di Republicans Want to Sideline This Regulator. But It May Be Too Popular.