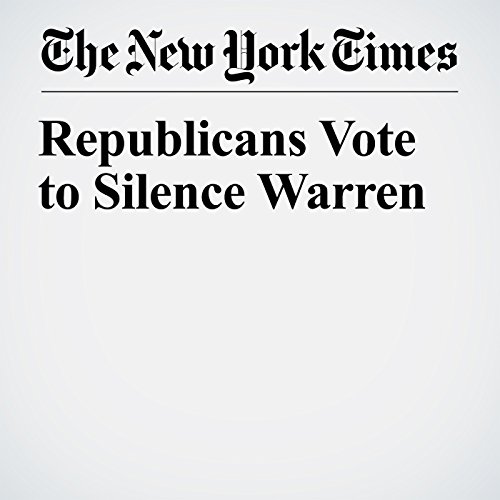 Republican senators voted Tuesday to formally silence a Democratic colleague for impugning a peer, Sen. Jeff Sessions of Alabama, by condemning his nomination for attorney general while reading a letter from Coretta Scott King.

"Republicans Vote to Silence Warren" is from the February 08, 2017 U.S. section of The New York Times. It was written by Matt Flegenheimer and narrated by Caroline Miller.