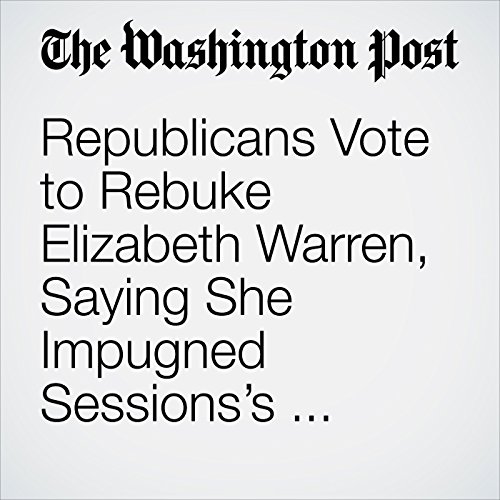 In an extraordinarily rare move, Majority Leader Mitch McConnell (R-Ky.) interrupted Warren’s speech in a near-empty chamber, as debate on Sessions’s nomination heads toward a Wednesday evening vote, and said that she had breached Senate rules by reading past statements against Sessions from figures such as the late senator Edward M. Kennedy (D-Mass.) and the late Coretta Scott King.

"Republicans Vote to Rebuke Elizabeth Warren, Saying She Impugned Sessions’s Character" is from the February 08, 2017 Politics section of The Washington Post. It was written by Paul Kane and Ed O'Keefe and narrated by Jenny Hoops.