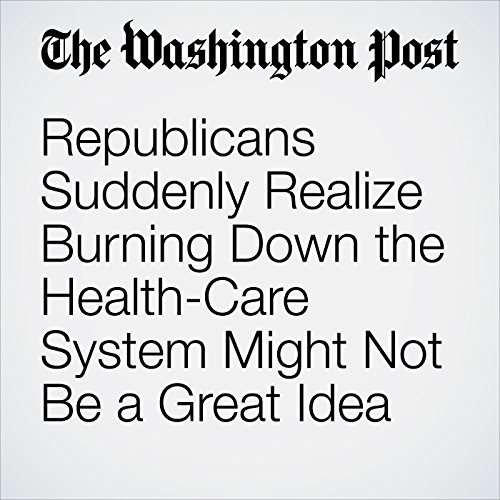 The Republican effort to repeal the Affordable Care Act is not going well, in large part because it turns out that making sweeping changes to a system that encompasses one-sixth of the American economy turns out to be rather more complicated than they imagined. Their backtracking has an interesting character to it, in particular how they’ve been gobsmacked by the transition from shaking their fists at the system to being responsible for it.

"Republicans Suddenly Realize Burning Down the Health-Care System Might Not Be a Great Idea" is from the February 22, 2017 Opinion section of The Washington Post. It was written by Paul Waldman and narrated by Sam Scholl.