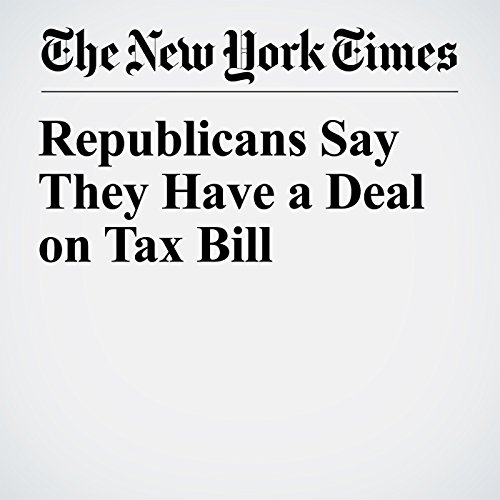 House and Senate Republicans have reached an agreement, in principle, on a consensus tax bill, keeping the party on track for final votes next week with the aim of delivering a bill to President Trump’s desk by Christmas, according to people briefed on the deal.

"Republicans Say They Have a Deal on Tax Bill" is from the December 13, 2017 Politics section of The New York Times. It was written by Jim Tankersley and narrated by Keith Sellon-Wright.