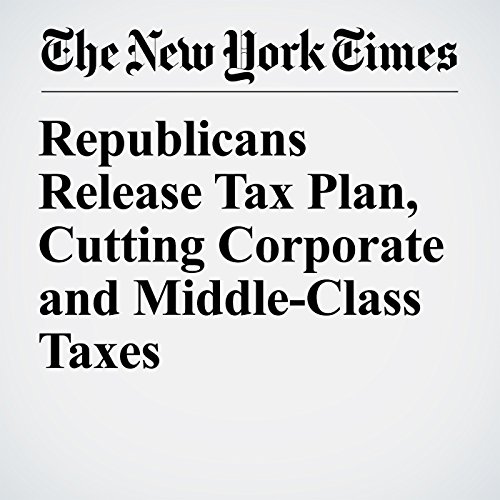 Republican lawmakers unveiled the most sweeping rewrite of the tax code in decades on Thursday, outlining a $1.51 trillion plan to cut taxes for corporations, reduce them for some middle-class families and tilt the United States closer, but not entirely, toward the kind of tax system long championed by businesses.

"Republicans Release Tax Plan, Cutting Corporate and Middle-Class Taxes" is from the November 02, 2017 U.S. section of The New York Times. It was written by Jim Tankersley and Alan Rappeport and narrated by Kristi Burns.