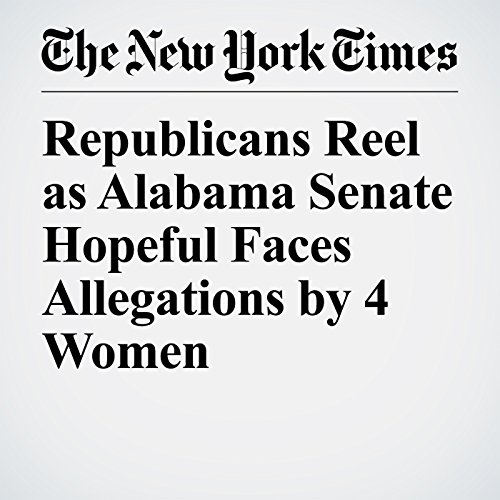 Republicans in Washington seemed near panic Thursday in the light of a news report in which four women said Roy S. Moore, the Republican nominee for a U.S. Senate seat in Alabama and an evangelical Christian, had made sexual or romantic overtures to them when they were teenagers and he was in his 30s.

"Republicans Reel as Alabama Senate Hopeful Faces Allegations by 4 Women" is from the November 10, 2017 U.S. section of The New York Times. It was written by Richard Fausset, Jonathan Martin and Campbell Robertson and narrated by Barbara Benjamin-Creel.