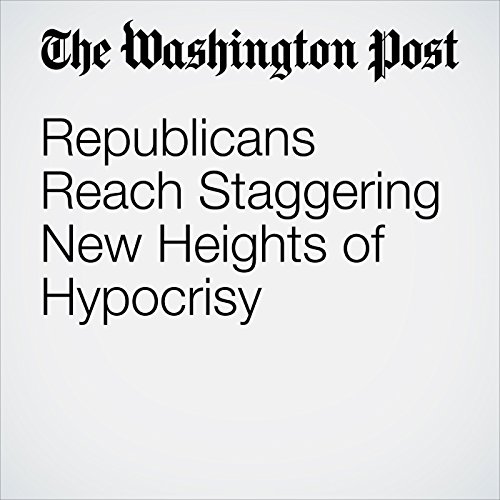 It’s never all that hard to find examples of politicians in either party being hypocrites, accusing their opponents of things they themselves are guilty of or flipping 180 degrees on supposedly heartfelt positions when it looks to be to their momentary advantage. But the Republicans now taking power in Washington are bringing hypocrisy to spectacular new heights.

"Republicans Reach Staggering New Heights of Hypocrisy " is from the January 06, 2017 Opinion section of The Washington Post. It was written by Paul Waldman and narrated by Jill Melancon.