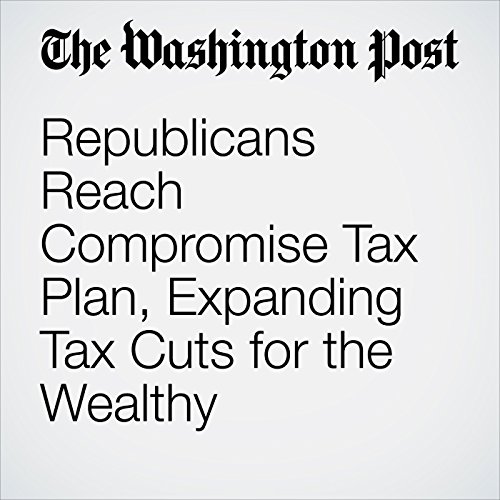 House and Senate Republican leaders have reached an agreement in principle that would lower the corporate tax rate to 21 percent beginning in 2018, two people briefed on the discussions said, part of a compromise on a $1.5 trillion tax plan they hope to vote into law by next week.

"Republicans Reach Compromise Tax Plan, Expanding Tax Cuts for the Wealthy" is from the December 13, 2017 Business section of The Washington Post. It was written by Damian Paletta and Erica Werner and narrated by Sam Scholl.