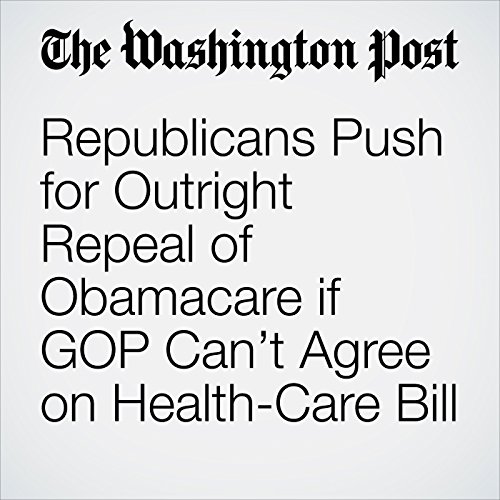 Friday's parliamentary vote in Berlin to recognize the right of same-sex couples to wed was a long-awaited victory for German liberals. But the vote was a defeat for the woman who seemed to have emerged as one of the country's most popular icons of liberalism: German Chancellor Angela Merkel.

"Republicans Push for Outright Repeal of Obamacare if GOP Can’t Agree on Health-Care Bill" is from the June 30, 2017 National section of The Washington Post. It was written by Sean Sullivan, Juliet Eilperin and Kelsey Snell and narrated by Kristi Burns.