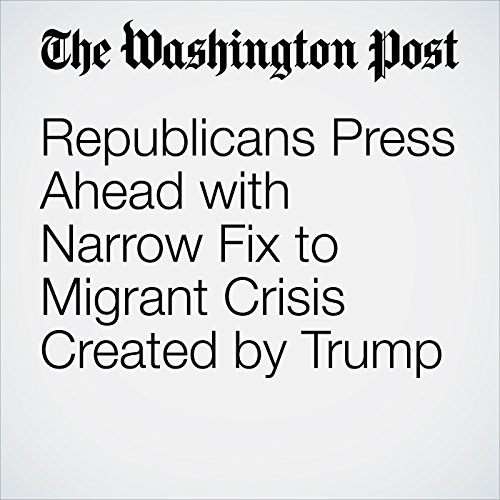 Republicans pressed ahead Monday with a narrow fix to the migrant crisis created by President Trump, all but abandoning efforts for a far-reaching immigration overhaul that would fund a border wall and deal with the fate of young undocumented immigrants.

"Republicans Press Ahead with Narrow Fix to Migrant Crisis Created by Trump" is from the June 25, 2018 Politics section of The Washington Post. It was written by Mike DeBonis and Sean Sullivan and narrated by Sam Scholl.