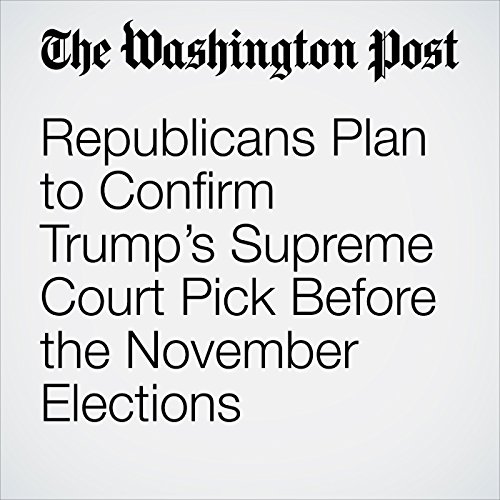 President Trump and Senate Republicans plan to move quickly to install a new Supreme Court justice to replace Anthony M. Kennedy — launching an election-year fight over a decision that is likely to reshape the court for a generation.

"Republicans Plan to Confirm Trump’s Supreme Court Pick Before the November Elections" is from the June 27, 2018 Politics section of The Washington Post. It was written by Seung Min Kim and Josh Dawsey and narrated by Sam Scholl.