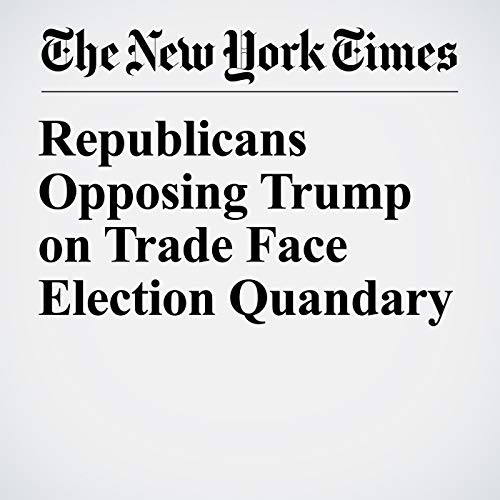 As President Donald Trump again ratchets up trade tensions with China and Canada, he has the strong backing of Republican voters. But he risks putting his party’s congressional candidates — many of whom are more supportive of free trade — in a bind.

"Republicans Opposing Trump on Trade Face Election Quandary" is from the September 18, 2018 U.S. section of The New York Times. It was written by Jim Tankersley and Ben Casselman and narrated by Keith Sellon-Wright.