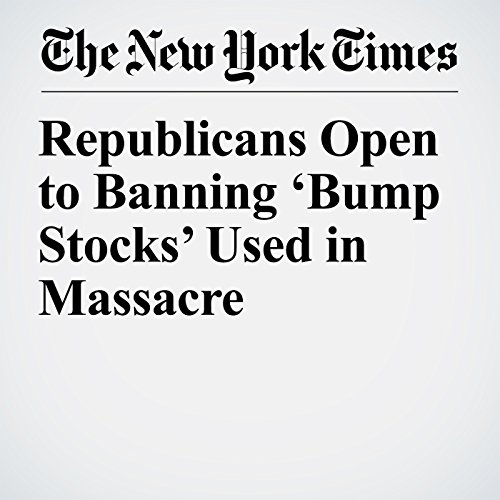 Top congressional Republicans, who have for decades resisted any legislative limits on guns, signaled Wednesday that they would be open to banning the firearm accessory that the Las Vegas gunman used to transform his rifles to mimic automatic weapon fire.

"Republicans Open to Banning ‘Bump Stocks’ Used in Massacre" is from the October 04, 2017 U.S. section of The New York Times. It was written by Sheryl Gay Stolberg and Tiffany Hsu and narrated by Keith Sellon-Wright.