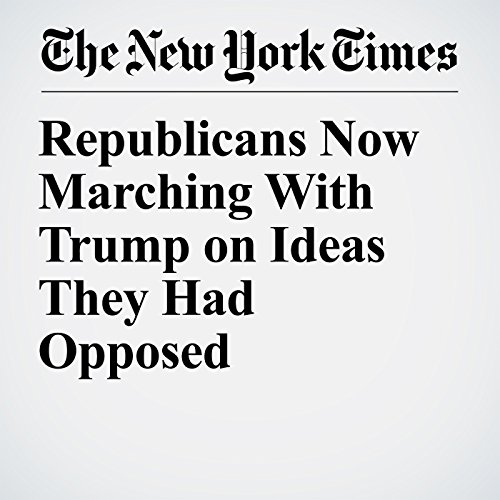 Republicans Now Marching With Trump on Ideas They Had Opposed

They have stayed oddly silent as Trump and Senate Democrats push a $1 trillion infrastructure plan, larger than one they rejected from President Barack Obama. Once fierce promoters of the separation of powers, Republicans are now embracing Trump’s early governing by executive order, something they loudly decried during Obama’s second term.

"Republicans Now Marching With Trump on Ideas They Had Opposed" is from the January 26, 2017 U.S. section of The New York Times. It was written by Jennifer Steinhauer and narrated by Kristi Burns.