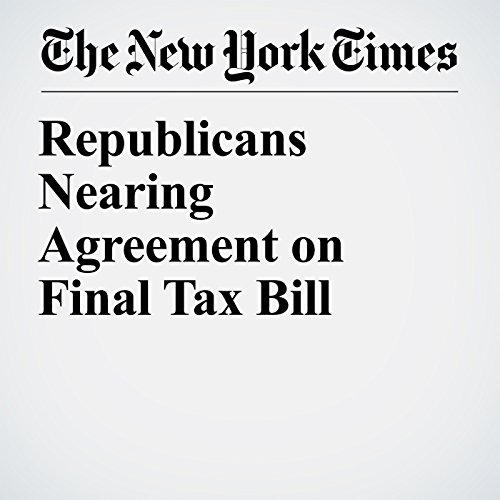 Republicans lawmakers in the Senate and House said Tuesday they are coalescing around a unified tax plan and are aiming to pass a final bill as early as next week.

"Republicans Nearing Agreement on Final Tax Bill" is from the December 12, 2017 Politics section of The New York Times. It was written by Alan Rappeport and Thomas Kaplan and narrated by Keith Sellon-Wright.