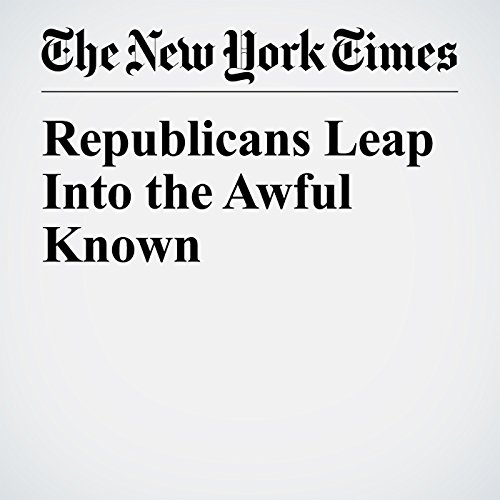 Republicans Leap Into the Awful Known

Sometime in the next few days the Congressional Budget Office will release its analysis of the latest version of the Republican health care plan. Sen. Mitch McConnell is doing all he can to prevent a full assessment, for example by trying to keep the CBO from scoring the Cruz provision, which would let insurers discriminate against people with pre-existing conditions. Nonetheless, everyone expects a grim prognosis.

"Republicans Leap Into the Awful Known" is from the July 16, 2017 Opinion section of The New York Times. It was written by Paul Krugman and narrated by Kristi Burns.