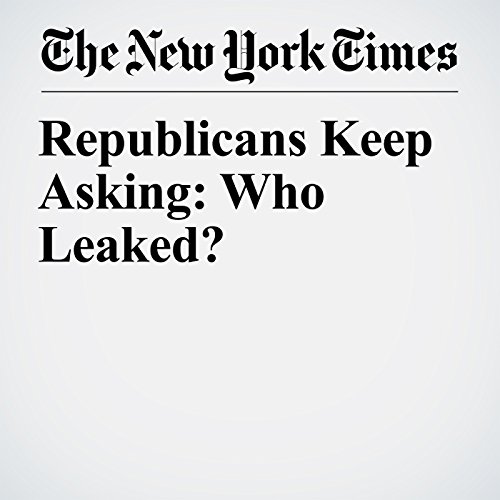 The political strategy appears clear: Republicans are betting that they can deflect attention from the investigation into the president’s campaign advisers by insisting that more needs to be done to prevent the leaking of classified material.

"Republicans Keep Asking: Who Leaked?" is from the March 20, 2017 U.S. section of The New York Times. It was written by Michael D. Shear and narrated by Caroline Miller.