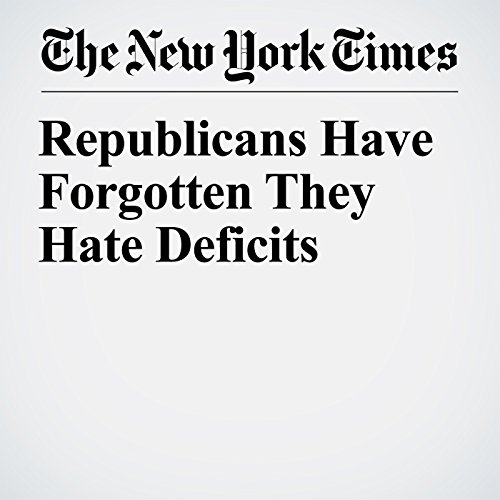 Since the 2008 financial crisis, conservative economists and Republican politicians have claimed several policy errors were holding back economic growth and contributing to a painfully slow recovery, including lackluster wage growth.

"Republicans Have Forgotten They Hate Deficits" is from the February 13, 2018 U.S. section of The New York Times. It was written by Jim Tankersley and narrated by Keith Sellon-Wright.