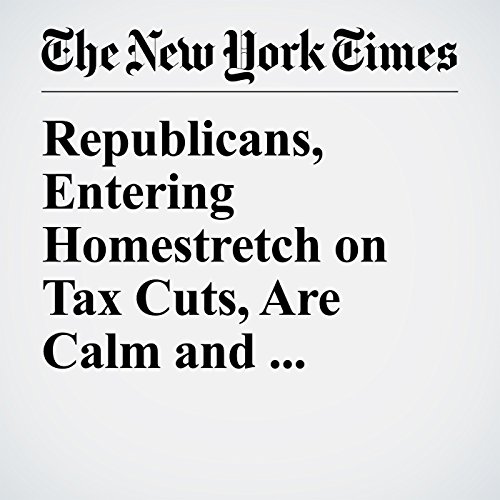 Republicans, Entering Homestretch on Tax Cuts, Are Calm and Cooperative

When Senate Republicans entered the final stages of the health care push earlier this year, it was clearly on its last legs. At least two senators had made it known that they had no real intention of voting to repeal the health care law, and Republican leaders were casting about for something — anything — that could get 50 votes. Now, as their tax bill reaches the homestretch, Republicans are in tantalizing reach of their first real legislative success of the Trump era.

"Republicans, Entering Homestretch on Tax Cuts, Are Calm and Cooperative" is from the November 29, 2017 U.S. section of The New York Times. It was written by Sheryl Gay Stolberg and narrated by Keith Sellon-Wright.