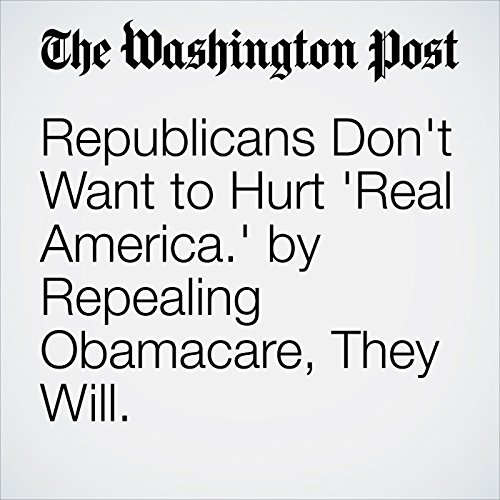 Let’s try to get this straight. Donald Trump campaigned as the champion of lower-paid working people who deserve better than they have. Republicans have spent the Obama presidency complaining about high deficits and promising to cut them.

"Republicans Don't Want to Hurt 'Real America.' by Repealing Obamacare, They Will." is from the January 09, 2017 Opinion section of The Washington Post. It was written by E.J. Dionne Jr. and narrated by Jenny Hoops.