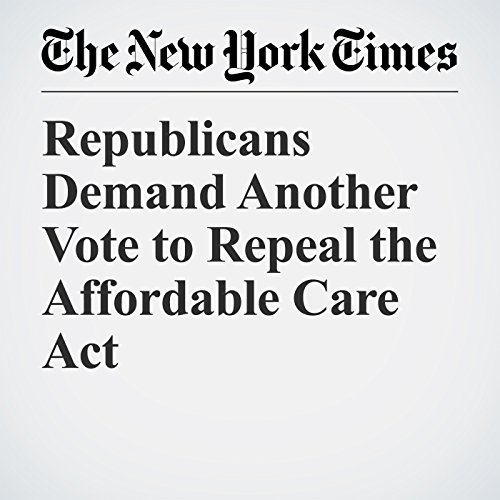 Just when the effort to repeal the Affordable Care Act appeared to be dead, a last-ditch push to obliterate the law could be nearing a showdown vote in the Senate, and a handful of Republicans insist they are closing in on the votes.

"Republicans Demand Another Vote to Repeal the Affordable Care Act" is from the September 18, 2017 U.S. section of The New York Times. It was written by Robert Pear and narrated by Keith Sellon-Wright.