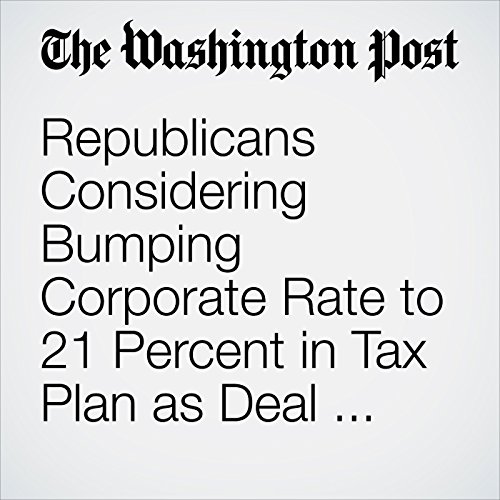 Republicans are in advanced talks to lower the corporate tax rate from 35 percent to 21 percent, two people involved in the negotiations said, an attempted intraparty compromise that they hope will smooth passage of a sweeping tax bill.

"Republicans Considering Bumping Corporate Rate to 21 Percent in Tax Plan as Deal Nears" is from the December 12, 2017 Business section of The Washington Post. It was written by Erica Werner and Damian Paletta and narrated by Sam Scholl.