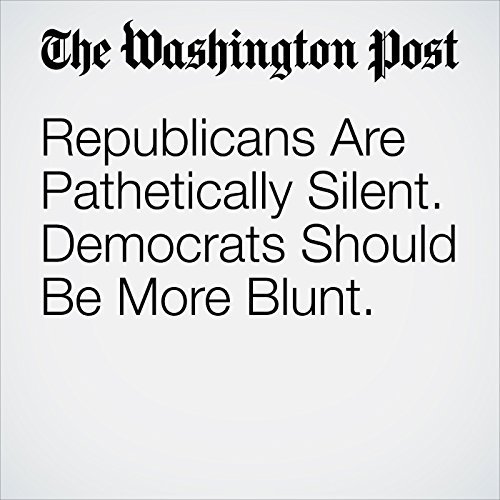 The indictments against Manafort and Gates are detailed here. They include tax charges as well as charges of conspiracy, making false statements and failure to register as foreign agents. The indictment lays out a web of shell companies that allegedly allowed them to conceal income. No mention is made of President Trump or the campaign, but some of the alleged wrongdoing continued “between in and around 2008 and 2017” (paragraph 14 of the indictment).

"Republicans Are Pathetically Silent. Democrats Should Be More Blunt." is from the October 30, 2017 Opinion section of The Washington Post. It was written by Jennifer Rubin and narrated by Sam Scholl.