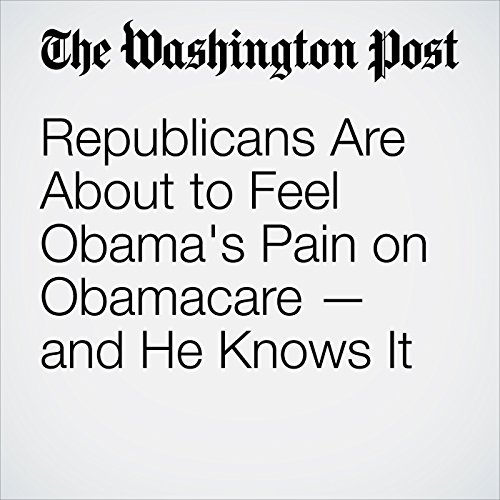 That's because repealing Obamacare is a difficult and fraught exercise, for a whole host of policy and political reasons. Such is the case when you're trying to get rid of a massive piece of bureaucracy — and especially one with benefits people have already become accustomed to.

"Republicans Are About to Feel Obama's Pain on Obamacare — and He Knows It" is from the January 05, 2017 Politics section of The Washington Post. It was written by Aaron Blake and narrated by Jenny Hoops.