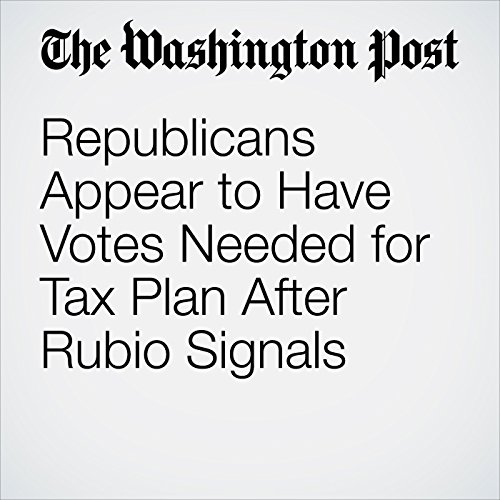 Sen. Marco Rubio (R-Fla.) signaled Friday he’d back the final GOP tax plan after additional benefits for working families were added, appearing to give Republicans the votes they need to pass the largest overhaul of the U.S. tax code in three decades.

"Republicans Appear to Have Votes Needed for Tax Plan After Rubio Signals" is from the December 15, 2017 Business section of The Washington Post. It was written by Damian Paletta, Erica Werner, Jeff Stein and Mike DeBonis and narrated by Jenny Hoops.