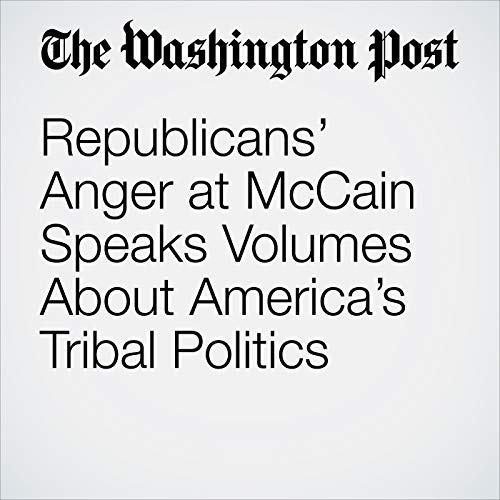 Sen. John McCain had been dead only a few hours before hard-line critics in his own party began to pounce.

"Republicans’ Anger at McCain Speaks Volumes About America’s Tribal Politics" is from the August 27, 2018 Politics section of The Washington Post. It was written by Greg Jaffe and Jenna Johnson and narrated by Sam Scholl.