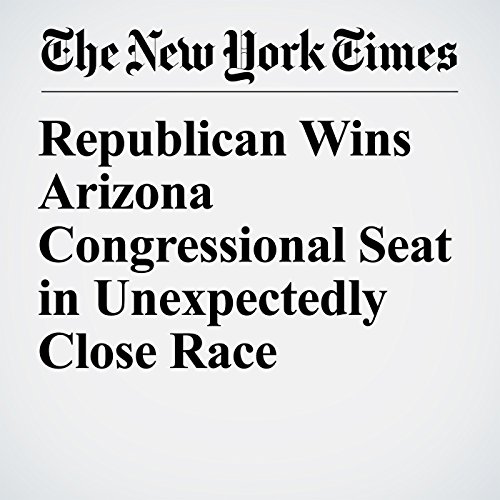 Former Arizona state Sen. Debbie Lesko fended off an unusually strong Democratic challenge to win a special congressional election Tuesday, according to The Associated Press, demonstrating the resilience of the Republican base but also the eagerness of liberals to compete in even the most heavily conservative districts.

"Republican Wins Arizona Congressional Seat in Unexpectedly Close Race" is from the April 25, 2018 U.S. section of The New York Times. It was written by Jonathan Martin and narrated by Keith Sellon-Wright.