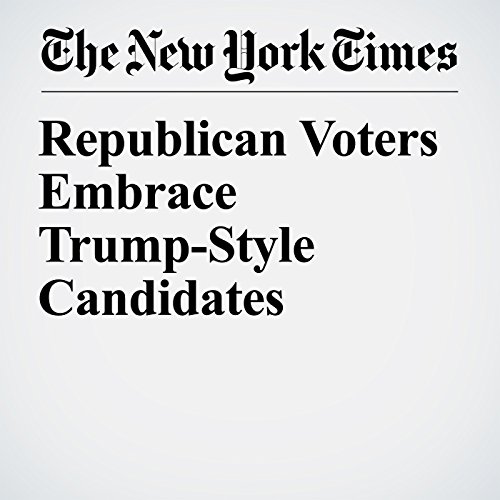 Republican voters lashed out against traditional party leaders Tuesday, ousting Rep. Mark Sanford of South Carolina and nominating a conservative firebrand for Senate in Virginia, the latest illustration that fealty to President Donald Trump and his hard-line politics is paramount on the right.

"Republican Voters Embrace Trump-Style Candidates" is from the June 13, 2018 U.S. section of The New York Times. It was written by Jonathan Martin and Alexander Burns and narrated by Keith Sellon-Wright.