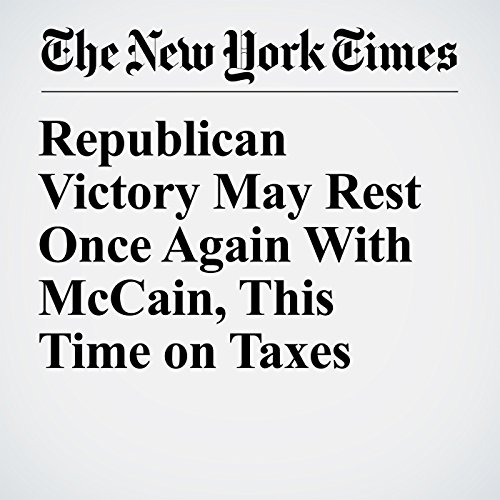 Once again, it could all come down to Sen. John McCain. After sinking his party’s hopes of repealing the Affordable Care Act earlier this year with a dramatic thumbs-down, the fate of a tax overhaul may now sit in the hands of the Republican from Arizona.

"Republican Victory May Rest Once Again With McCain, This Time on Taxes" is from the November 28, 2017 U.S. section of The New York Times. It was written by Alan Rappeport and narrated by Keith Sellon-Wright.