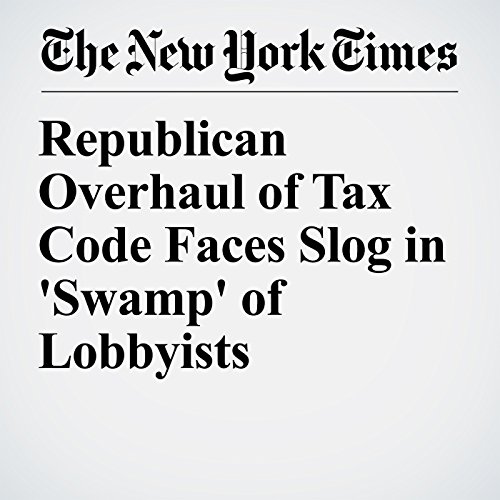 The homebuilders lobby fears that an ambitious rewrite of the entire tax code will stifle the housing market. Retailers fret that it will make the cost of their imports soar. For charities and their representatives, the worry is that donations will be stunted, plaguing nonprofit groups that serve the neediest Americans.

"Republican Overhaul of Tax Code Faces Slog in 'Swamp' of Lobbyists" is from the February 24, 2017 Business section of The New York Times. It was written by Alan Rappeport and narrated by Barbara Benjamin-Creel.