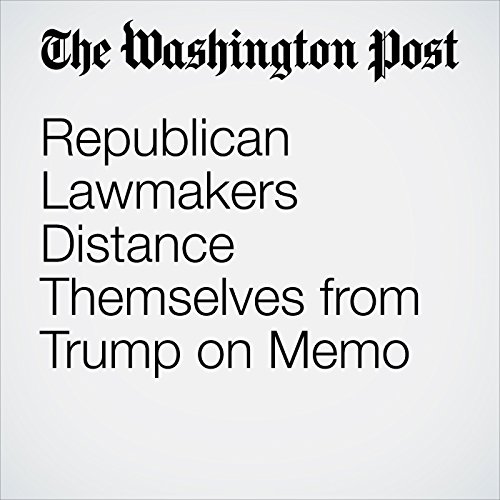 Republican members of the House Intelligence Committee dissented Sunday from President Trump’s view that corruption has poisoned the special counsel’s investigation into Russian interference in the 2016 election.

"Republican Lawmakers Distance Themselves from Trump on Memo" is from the February 04, 2018 Politics section of The Washington Post. It was written by Elise Viebeck and Shane Harris and narrated by Sam Scholl.