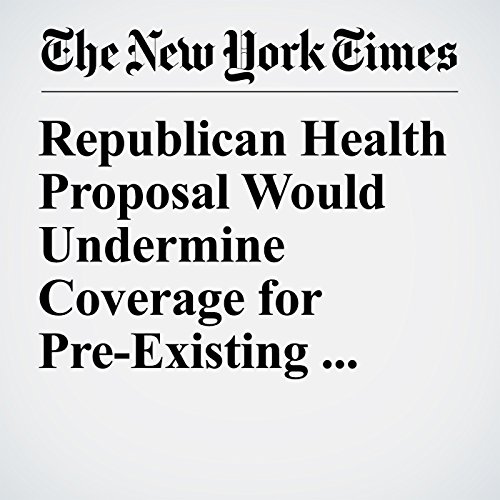 Throughout the debate to repeal and replace the Affordable Care Act, President Donald Trump and Republican congressional leaders have insisted they would retain a crucial, popular part of the health law: the promise that people can buy insurance even if they’ve had illnesses in the past.

"Republican Health Proposal Would Undermine Coverage for Pre-Existing Conditions" is from the April 04, 2017 U.S. section of The New York Times. It was written by Margot Sanger Katz and narrated by Fleet Cooper.