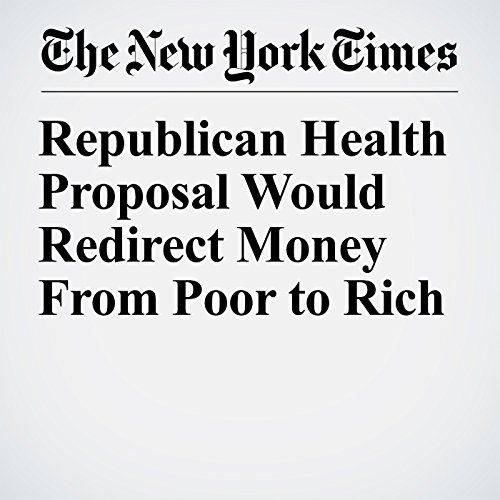 The plan would make major changes in how health care is financed for Americans who don’t get coverage from work. It would expand the number of people who could benefit from federal help in buying health insurance, but it would change who benefits most from that support.

"Republican Health Proposal Would Redirect Money From Poor to Rich" is from the February 16, 2017 The Upshot section of The New York Times. It was written by Margot Sanger Katz and narrated by Kristi Burns.