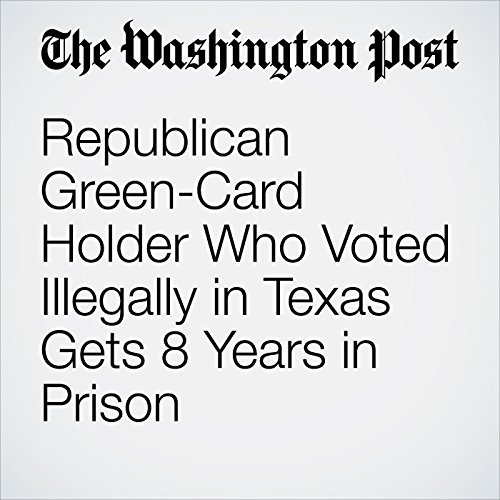 Rosa Maria Ortega's attorney is arguing that the sentence is unusually harsh and meant to appease those “swept up in the Trump hysteria."

"Republican Green-Card Holder Who Voted Illegally in Texas Gets 8 Years in Prison" is from the February 11, 2017 National section of The Washington Post. It was written by Amy B Wang and narrated by Sam Scholl.